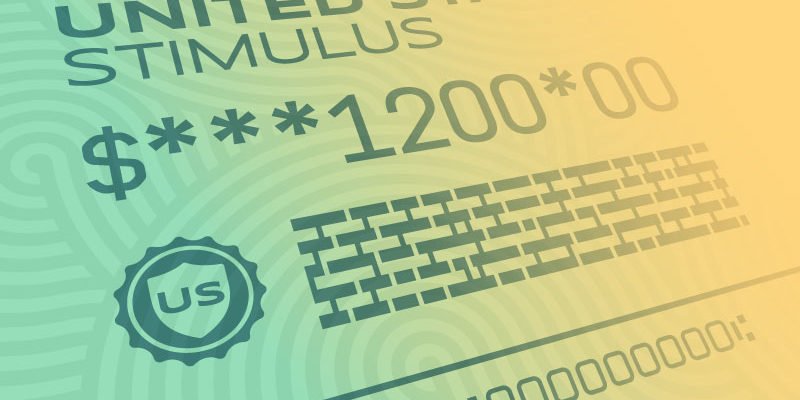 Last week we discussed the case of Sara, the English tutor who was forced to return early from Spain to the USA due to the pandemic. We discussed how Sara expected to benefit from the Foreign Earned Income Exclusion, FEIE, and how the IRS issued a Revenue Procedure last week that will help her benefit from it, despite not spending enough time abroad as a result of coronavirus related travel restrictions.

The FEIE is claimed by many US expats who live and work in foreign countries.

Let’s imagine now a US executive, Rebekah, earning $180,000 in Germany. Rebekah would be allowed to exclude $107,600 from her otherwise US taxable foreign wages, leaving her with an Adjusted Gross Income of $72,400. For purposes of this example, Rebekah has no other income.

You may remember from our first post that the purpose of the stimulus checks, Economic Impact Payments (EIP), is to provide financial assistance to US taxpayers who have lost income or jobs as a result of the pandemic. The goal is to assist the most vulnerable US citizens, which is why there is an income threshold to receive the EIP. For single US taxpayers, the income threshold begins at $75,000 and completely phases out at $99,000 of Adjusted Gross Income.

And therein lies the perceived discrimination. If Rebekah lived and worked in the USA, and earned $180,000, she would not be eligible to receive the EIP because her AGI would be too high. This makes sense, given the stated goal of the program. Her wages put Rebekah in the top 10% of US households in terms of income.

However, because Rebekah lives and works in Germany, and she chooses to claim the FEIE to exclude $107,600 from US taxation, for AGI purposes, her income is just $72,400. This lower AGI puts her below the income threshold for the EIP and makes her eligible to receive the entire $1,200 payment.

It is not clear if this result was intentional or unintentional, but I think it’s easy to understand why US some taxpayers working in the USA may view the FEIE as a loophole that benefits US expats disproportionately in terms of the EIP.

I am very sympathetic towards US expats, who are required file US tax returns annually. Many times they have to pay US federal income tax even though they pay income taxes locally, and they rarely see a benefit from their contributions to the US federal budget. They do not get too many breaks, so it does not pain me to see them finally get one.

I’ve had conversations with several US expats who use the FEIE and feel it is wrong that they receive the EIP given their relative high income. I can understand this feeling.

If this is how you feel, it is important not to lose sight that money is just a tool, and it is what we do with our money what matters. I’m confident that anyone who is not experiencing financial need, receives this payment and feels uncomfortable about it, will use that money in ways that are at least as good as the use that the US federal government would have given it. If we think of the EIP as the US government giving us permission to direct a portion of our tax dollars to a goal or a cause that we believe will make the world better, we may not feel so bad about receiving it!

Married to someone without a Social Security Number? No EIP for you!

It is not a secret that the current US administration is not friendly to immigration, but it was still a bit shocking that one of the provisions of the CARES Act requires that when a US taxpayer is married and files a joint tax return with their spouse, that both spouses have a Social Security Number (SSN).

All US citizens, except for a very few accidental Americans, have SSNs. But their foreign spouses may not have one. The foreign spouse of a US citizen living in the USA who does not have a green card, for example, because they have a student visa, or their green card is still pending approval, generally won’t have an SSN. They may have an Individual Tax Identification Number or ITIN, which is an alternative US tax ID for foreign US taxpayers who do not have the right to work in the USA.

It is estimated that about 2 million Americans are married to foreign nationals without SSNs. The Mexican American Legal Defense and Educational Fund filed a suit this week in Maryland against the federal government for denying coronavirus relief payments to U.S. citizens who are married to immigrants without social security numbers. The lawsuit claims that this provision discriminates against US citizens based solely on who they chose to marry, and that this type of discrimination is unconstitutional.

It is difficult to predict what will be the result of this lawsuit, but even if it is favorable to the plaintiffs, the legal process can take years, denying families in this situation who are in financial need, the assistance that they would otherwise be entitled to receive this year.

The dead and the foreign – unexpected recipients of the EIP

And this is all for this week!