The Ultimate Tax Guide – Insight #7 – Domicile: why your state may still tax you as a resident after you move abroad 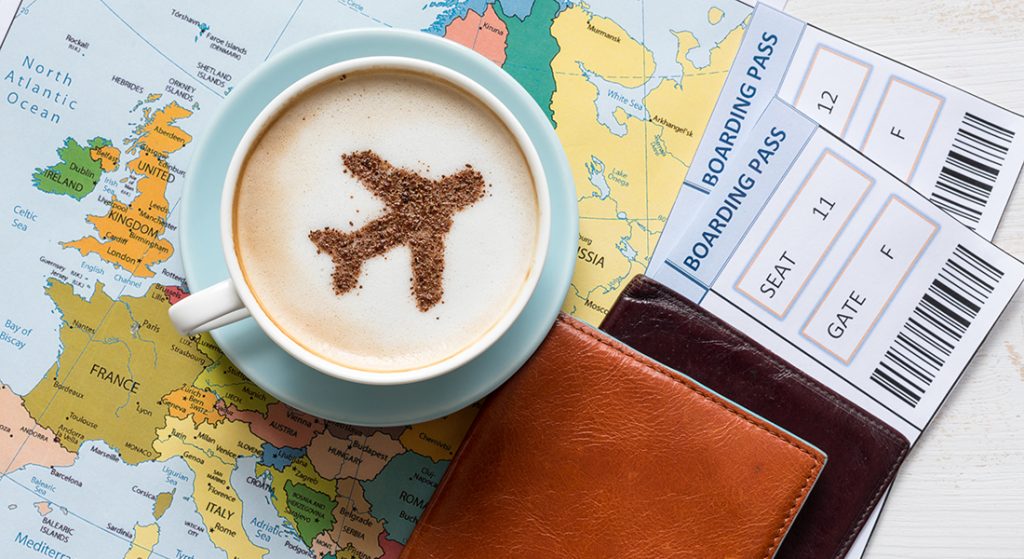 In last week’s post, we discussed the taxation of nonresident aliens, ECI and FDAP income, as NRA is the most common status of green card holders after they leave the United States and surrender their green cards, and that of US citizens who give up their citizenship, of which there have been record numbers so far this year. This week’s post, we´re going to discuss State domicile, voting & taxes.

Before we touched on FDAP and ECI income, we also touched on voting and my feelings about voting as a naturalized US citizen this year. I received quite a number of emails from readers about voting, your thoughts about being active participants in a democracy, particularly in this election. It appears I touched a nerve.

Of those of you living overseas, a few expressed reticence about voting abroad. There is always that feeling that your vote may not really count, but additionally, some of you worry about potential tax consequences from voting.

I’m not going to touch on whether votes from Americans abroad count because they better!, but I think the matter of whether voting overseas has tax consequences is something we should all understand. There is a lot of misconception around this question, so let’s get to it.

The answer to this question is an unequivocal yes.

The Department of State has a process to allow Americans overseas to vote, and a helpful webpage with information about this process. The State Department even addresses the situation of Americans who never lived in the USA and what they need to do to register to vote:

Does voting abroad affect your taxes?

This is what the Department of State has to say about this:

Let’s break it down:

“Voting for candidates for federal offices does not affect your federal or state tax liability.”

In short, voting for federal offices from overseas has no impact on taxes.

What are federal offices?

There are 542 federal offices: President, Vice President, 100 U.S. Senators (two from each state), 435 U.S. Representatives, 4 delegates to the House of Representatives from U.S. territories and the District of Columbia, and 1 Resident Commissioner from the Commonwealth of Puerto Rico.

For those of you abroad, this means that you can vote for President and Vice-President; U.S. Senator and U.S. Representative, without having to worry one iota about the US tax consequences of your vote. There aren’t any.

What happens if you vote for state or local offices?

This is where it can get tricky. The answer is: it depends.

According to the Department of State, voting for state and local offices could affect your state tax liability.

What are state and local offices?

In most states, state offices include: Governor, Lieutenant Governor, Secretary of State, Attorney General, State Supreme Court Justices, Comptroller, Treasurer, State Senators, and State Legislators. These officials are elected by the voters of the districts they serve.

Local officials make up most elected officials in the U.S. These officials include mayor, town or city council members, county commissioner, etc. The number and titles of elected local officials vary, and they are elected by the voters of the localities they serve.

If you live abroad, are you being served by state and local officials? Unless your absence from your state is temporary, the most likely answer is no. Therefore, you should you vote for these offices? Probably not. By virtue of not voting for these offices, you avoid the potential state tax liability effect that the Department of State warns us about.

Why does the State Department issue this warning? Where does this potential tax liability come from?

PERMANENT AND TEMPORARY ABSENCE FROM YOUR STATE

Domicile is generally understood as a person’s fixed, permanent, and principal home in which they reside and where they intend to remain indefinitely or intend to return to after a temporary absence.

States and countries generally agree that a person can have multiple residences but they can only have one domicile.

In Pennsylvania, where I live, there are some families who own a summer home down the Jersey Shore or a winter condo down in Florida. These families typically have their main personal and economic ties in Pennsylvania, and are therefore domiciled in Pennsylvania, but if they spend enough days in New Jersey or Florida, they can become residents of those states too. Another common example, this time in the international area, are Canadian snowbirds who own winter homes in the USA.

The examples above are about individuals dividing their time between multiple states each year. In other situations, a person can leave their state or country of residence for longer periods that can last more than a year, with the intention of returning to their original country and/or state of residence at the end of that period.

This is very important, because although an individual may be living in a certain place for a long time, even if this period lasts multiple years, they may not establish domicile in that place and may continue to be domiciled in the state or country of origin.

A typical example that is common with US expats is when an American is sent on a two, or even three-year assignment, by their employer, to work at a foreign subsidiary.

Let’s say for example, that you are an employee working at the US headquarters of a firm based in California or New York, and that you are transferred to the European headquarters of the same firm, located in Switzerland or Germany. Although you may spend two or three entire years in Switzerland or Germany, you intend to return to CA or NY, and these states will still consider you to be domiciled there.

Sometimes, the state or country of domicile is not clear, because of the of matter of intent. In the example above, what happens if you decide that you really like Germany or Switzerland and that you want to stay there beyond your three-year assignment? Where are you domiciled now?

The issue of retaining state domicile, from a tax perspective, is that, when a U.S. state has an income tax, that state may continue to tax you as a resident even while you are absent from the state.

Most states have safe harbor rules that allow you to avoid being taxed as a resident while being away, despite being domiciled in that state, by meeting the conditions of the safe harbor. For example, this is the New York safe harbor:

Sometimes, it’s not easy or possible to meet the safe harbor rules. For example, if your employer requires that you travel to NYC for strategic meetings that keep you working in NY for 95 days a year, you do not meet either the safe harbor A or B above. Or perhaps your parents live in NY state and they want you to visit for the holidays and summer because they miss their grandkids, and that extra time visiting your parents gets you over the limits. Ouch!

If you are not domiciled in NY and spend 95 days working in NY, you are taxed as a nonresident and you only owe NY income tax on the wages you earned while physically working in NY. But if you spend 95 days in NY when you are domiciled in NY, you will be taxed as NY tax resident, which means that your worldwide income is subject to NY state income tax, not just the wages you earned working in NYC. Your worldwide income! This can cost you many thousands of dollars in extra taxes.

If your absence from your state is temporary, then voting for state officials, such as governor and state representative, while living overseas, does not change anything, because you are still domiciled in that state regardless of whether you vote or not. Voting for state officials doesn’t change that fact. You are also very likely to still care about state issues, like who is your state representative or your governor, precisely because you intend to return to that state and live there in one or two years. In that case, you should vote for state offices.

But what about the less clear-cut situations? What happens once you are no longer sure you are ever going back? Or once you most definitely know you have no intention of returning to your former state of residence?

In that case, you will want to make sure that you severe your ties to your state, that you take actions that unequivocally tell your state that you have no intention of returning, and that you are now domiciled abroad. By doing this, you no longer have to worry about exceeding the days of presence per the state safe harbor rules, and unintentionally becoming a tax resident, making your worldwide income subject to state income tax.

Even if you break your state domicile, you still  keep the right to remain registered to vote in the last state where you lived in the U.S, This is necessary in order to continue to vote for federal offices.

Is there a Key Tax Insight in all this voting talk? Absolutely!

Alternatively, how to be smart about state taxes:

Let’s summarize what we learned today:

And with this insight, I leave you until next week. And don’t forget to request your absentee ballot!