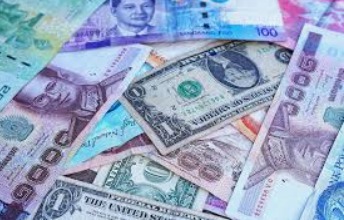 This week we´re going to continue the discussion of the differences between FBAR and FATCA reporting for US taxpayers.

As I was putting together the resources to write this week’s post of the Blog, I came across two examples of mistakes related to one of the topics we covered last week, which we continue to cover in this issue: the infamous FBAR.

The first mistake was made by none other than FinCEN.

FinCEN, as we learned last week, is the bureau of the Department of the Treasury charged with safeguarding the US financial system from illicit use, combating money laundering, and combating the financing of terrorism. FinCEN is responsible for the FBAR, aka FinCEN Form 114.

Exactly a week ago, on October 14, the eve of the October 15 FBAR filing deadline, FinCEN issued an alert stating that the FBAR deadline was extended to December 31, 2020.

Some tax professionals who were rushing to obtain missing foreign account information from their clients or who were having trouble getting their clients to sign their electronic filing authorizations, breathed a sigh of relief.

It was a brief sigh of relief though….

Dear FBAR filers, you know that notice we issued yesterday that 2019 FBARs were due December 31 instead of today? Well, actually, that only applies to you if you live in a federally declared disaster area. You know, like NorCal or Oregon, where wildfires are raging. The rest of y’all? Your deadline is today. Sorry for the inconvenience. Our bad! Seriously though, you still have a few hours before the deadline, so you better get to it STAT.

I am not kidding!

I mean, I’m kidding a little bit, because I paraphrased, but the spirit is spot on: FinCEN sent an incorrect extended deadline notice, issued a correction within hours of the real deadline, and expected everyone to comply.

They must have received a lot of flak from lots of different places because on October 16, they issued a third notice, admitting that their error may have caused a few people to miss the October 15 deadline, and gave everyone two extra weeks to comply:

This is the notice that is still up today.

In a nutshell, this is what happend:

This sequence of events reminded me of another quote by Adam Osborne, who is our quote of the week guy, and who I had to look up because I didn’t know who he was. It turns out he introduced one of the first successful portable computers, back in 1981:

Still true, almost 40 years later, even if you work at FinCEN!

The second FBAR mistake of the week was made by Robert F. Smith.

Who is Robert F. Smith?

Mr. Smith is the billionaire founder and CEO of Vista Equity Partners, a private equity firm.

What mistake did he make? He got caught doing something he shouldn’t have been doing.

What did he get caught doing?

Evading taxes and laundering money, the things FATCA and FBAR are designed to catch.

Mr. Smith is collaborating with the IRS on an even larger tax evasion and money laundering case in which one of his clients in implicated, and by doing so, he is avoiding criminal prosecution.

Mr. Smith is the small fish in this story. The big fish is accused of evading taxes on more than $2 billion of income. TWO BILLION.

Mr. Smith is accused of hiding JUST $200 million. A paltry sum by comparison. And not only did Mr. Smith not report this income, he claimed $182 million of it as a charitable tax deduction! Bad news for Mr. Smith: he is not getting the tax deduction. Additionally, he has agreed to pay $139 million in penalties, interest and back taxes to the IRS, of which close to $83 million are FBAR penalties alone.

It is easy to lose sight of the intended purpose of these laws, especially when as regular law-abiding citizens, we must put up with the major inconveniences and significant costs that can result from them. The least we can expect from such laws, given their impact on ordinary people’s lives, is for them to help catch a big, crooked tax evader every once in a while.

Another notorious example from 2018 was the case of Paul Manafort, the former chairman of President Trump’s campaign in 2016.

There are many other cases. If you are curious, you can explore the Federal Tax Crimes blog by Jack Townsend and read about other cases of large tax evasion and money laundering that were caught for violations of these laws.

But enough with notification mistakes and errors of judgement.

Let’s get back to the issue that concerns us today, which is understanding how FBAR and FATCA impact you, the individual US tax return filer.

7. What accounts do I need to report in my FBAR?

The FBAR requires reporting financial accounts that you beneficially own separately, jointly with a third party including your spouse, or over which you have signature or other authority.

Foreign financial accounts include but are not limited to:

Things can get tricky with accounts held through indirect ownership:

Indirect ownership may include a nominee representing the you, US person, the real account owner. Or accounts held by a corporation, trust, partnership or other entities when you own directly or indirectly more than 50% of the entity, its voting rights or the rights to its profits.

Accounts with restricted access can be tricky too. Mostly because they are easily forgotten, in an out-of-sight, out-of-mind kind of way. Or because you didn’t realize they may need to be reported. Common examples include foreign retirement accounts with former foreign employers, or rental deposit accounts that are required in many foreign countries.

Other accounts that can be trickly are accounts with FinTech companies like Transferwise or Revolut, or crypto currency wallets. With respect to the latter, the answer, at least for now, is no. For the former, it’s yes.

My recommendation when you are not sure if you should report a certain account? When in doubt, report. There are no penalties for over-reporting, making over-reporting a safe rule of thumb.

Finally, another area where errors or omissions are common is with accounts over which the US person has signature or other authority (like the authority to authorize distributions) even when the money does not belong to the US person. Examples of the kinds of situations that may come up in the day to day life of regular people like you and me include:

One of the most common complaints about Form 8938 is that it’s ALMOST a duplicate of the FBAR.

A question I commonly hear is: “Why do I have to file this form if I’m already reporting everything in the FBAR?”

It is true that there is a lot of overlap between both forms, but there are some important distinctions.

Instead of listing what needs to be reported on Form 8938 from scratch, I will focus on the differences between the FBAR and Form 8938.

Let’s start with the accounts listed above as FBAR reportable. Which of those DO NOT need to be reported on Form 8938?

What about accounts that need to be reported on Form 8938 that do not have an FBAR requirement?

So, the question is: what foreign financial ASSETS are there that are not financial accounts? The IRS provides some examples in the first FAQ on their webpage about Form 8938:

Just with the FBAR, when in doubt, report. Making a good faith effort to report anything that may be considered a foreign financial asset provides goodwill if you inadvertently get in trouble with the IRS.

9. How do I determine what value I need report?

The laws require reporting the maximum value of the accounts or assets at any time during the year. Not the December 31st value, not the January 1st value, the highest value of each account during the calendar year being reported.

How is that determined?

What exchange rate should you use for the conversion?

When regards to the source of the exchange rate:

The IRS would like to use the Treasury’s Financial Management Service rate. If the currency you need to convert is not listed by the Treasury’s FMS, you can use another verifiable exchange rate for which you can provide the source. Keep copy of supporting documents if you use an alternative source.

10. But wait, I have been told that foreign pensions are exempt from FATCA reporting. Why are you saying that I need to report my foreign retirement accounts?

There is a lot of confusion with regards to the reporting requirements of foreign retirement accounts, and this is understandable.

Foreign retirement accounts are generally viewed as foreign trusts by the IRS. I discussed this in a blog post I posted back in March on LinkedIn.  Understanding that retirement accounts are usually classified as trusts, helps understand this the language in the “Other financial interest” section of the FBAR regulations linked above:

“A United States person has a financial interest in each bank, securities, or other financial account in a foreign country for which the owner of record or holder of legal title is –

(iii) A trust, if the United States person is the trust grantor and has an ownership interest in the trust for United State Federal tax purposes……

Regarding FATCA and Form 8938 and the perceived FATCA reporting exemption:

The confusion typically arises from the fact that FATCA Intergovernmental Agreements (IGA)s exempt foreign financial institutions (FFIs) from reporting information on U.S. participants in foreign pensions to the IRS under the automatic exchange of information required under FATCA. The reason for this exemption is that foreign retirement plans are not considered the types of accounts that FFIs are likely to peddle to individual taxpayers as a means for tax evasion. These are accounts that are highly regulated in foreign countries and many of them have mandatory participation rules. Providing this exemption to FFIs provides considerable relief in their FATCA compliance burden.

This exemption, however, does not apply to the reporting obligations of individual U.S. plan participants Individuals, if they meet the filing thresholds, are always required to report their interest in foreign retirement accounts on their Form 8938.

“(7) Financial account…….the exclusions of retirement and pension accounts and non-retirement savings account……in an applicable Model 1 IGA or Model 2 IGA……shall not apply” (to individuals)

Why the different standard? I’m not 100% sure, but one potential reason could be that individuals are more likely to not report, or forget to report, the income from their beneficial interest in those foreign pensions if the accounts themselves were exempt from reporting on Form 8938.

We covered a lot of ground today, so we are going to end it here today and resume our discussion next Wednesday.

We want this information to help as many US expats and foreign immigrants in the USA with foreign financial assets as possible. If you are a member of an expat or immigrant group, or you know anyone who may benefit from better understanding their FBAR and FATCA reporting obligations, please kindly share this newsletter with them.