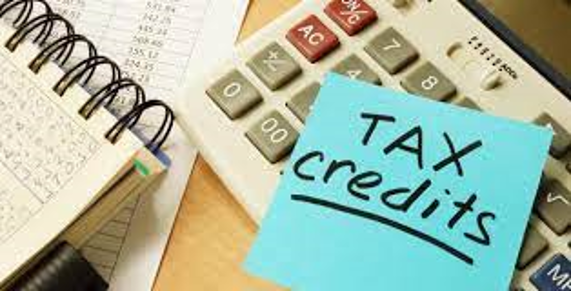 One of the most difficult topics of financial literacy is understanding tax matters. Let’s try to grow our knowledge about taxes in this post by learning about two important subjects:

The phaseout amounts begin at:

This is an important clarification I wanted to emphasize.

Families with US citizen qualifying children and the right income levels qualify for this credit no matter where they live, but only for US resident families can this expanded credit create a tax refund.

We covered this in prior issues of CBPs, but let’s review the difference between a refundable credit and a non-refundable one.

What does this mean in practice for US families with qualifying children living abroad?

In a nutshell, if you are an American abroad that meets all the requirements for the credit and normally owes US income tax, this credit will help you reduce that balance.

If you normally don’t owe US income tax, this expanded credit will not benefit you because you have no US income tax to reduce.

Understanding foreign tax credits is of critical importance both for Americans living overseas and for foreign born Americans or foreign nationals living in the USA.

Whether you live in the USA or abroad, if you have foreign source income and want to avoid paying income tax on that income more than once, understanding how the foreign tax credit works will help you meet this goal.

The foreign tax credit is a mechanism under US tax law that helps avoid double taxation on foreign income that is taxed by the USA and that is also taxed by a foreign country. If two countries tax the same income, that leads to double taxation, and double taxation can be extremely costly.

When can US taxpayers have income that is taxed by a foreign country?

If the US taxpayer lives stateside, this happens when they have foreign source income that is taxed at source, mostly through withholding tax, by the foreign country. Common examples include:

For American living overseas, common sources of foreign income include:

Let’s use an easy example that everyone will understand:

Say you are a US citizen working abroad and receiving $100,000 of foreign compensation for which you paid $20,000 in foreign income tax to the foreign country where you live and work.

You are a US citizen, so you also must file a US tax return due to Citizenship Based Taxation.

When preparing and filing your US tax return, you determine that you owe $15,000 of US income tax on those wages.

If the foreign tax credit didn’t exist, this would be the situation:

How does the foreign tax credit change this?

A question I get all the time is this:

The short answer to this question is NO.

This makes total sense if you think about it this way:

You paid nothing to the IRS on those wages. You paid tax to the country that is the source of that income. Why would the IRS pay you back tax money that you paid to another country? You are the one who is responsible for fulfilling your tax obligations in the foreign country, not the IRS.

The purpose of the foreign tax credit is not to reduce or eliminate your foreign tax, but to avoid you paying tax twice on the same income.

$15,000 of tax savings and $5,000 of excess foreign tax credits to carry back or forward, depending on your situation.

This concludes our introduction to the foreign tax credit.

As with everything in taxes, it’s more complicated than this brief explanation may make it seem. We have yet to discuss foreign tax credits category baskets, source limitations, accrual or payment requirements, limitation on what foreign taxes are eligible for the credit, countries that have fiscal tax years instead of calendar tax years like the US does, and a host of other issues that make the calculation of foreign tax credits quite interesting and sometimes frustrating and complex!

We will dive into some of those issues in coming publications of CBP.

For now, I let you enjoy the rest of your weekend and leave you with this picture of a friend who greeted me during my morning walk earlier today: